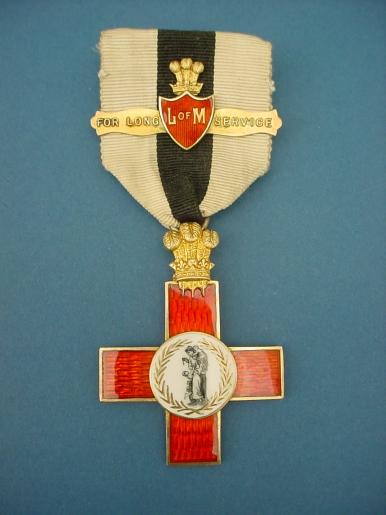 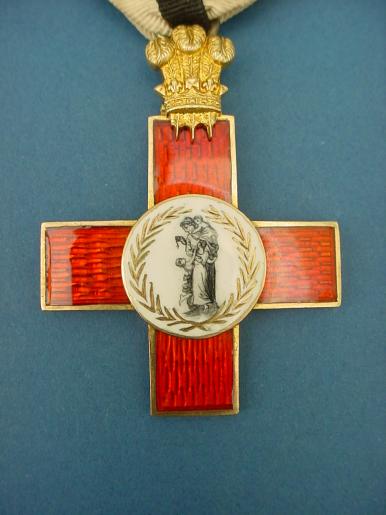 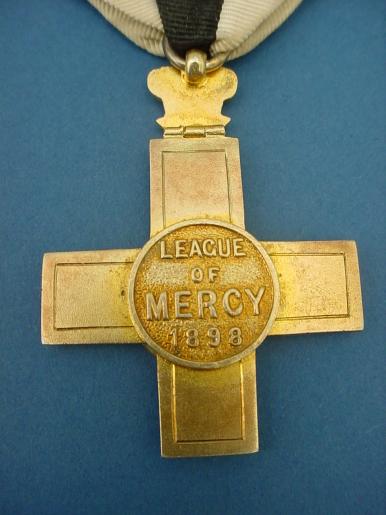 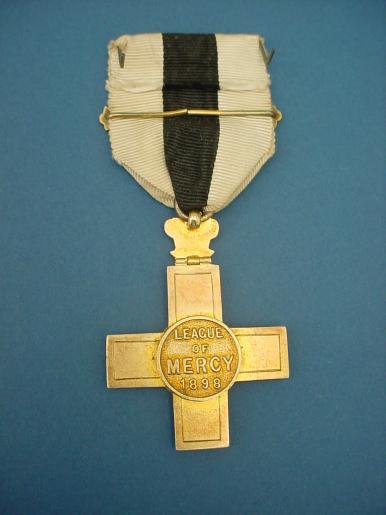 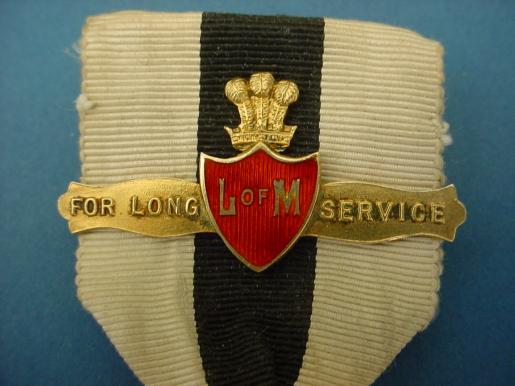 Order of the League of Mercy Medal with Bar

A very nice Silver gilt and enamel medal topped by a hinged Prince of Wales feathers & coronet.The League of Mercy was set up by the Prince of Wales in 1898 and awarded medals between 1899 and 1946 to those people who had contributed to the support of the Voluntary Hospital movement.It was award in a Male and Female version of ribbon and this is the male version.
The medal consists of a red enamel Geneva cross with a central boss showing a women with two children within a golden laurel wreath,signifying charity.A hinged POW Feathers bears the suspension ring which attaches to the ribbon.The ribbon bears a enamelled bar marked For Long Service,which was give for a second award after 1917.The rear of the medal is marked League of Mercy1898.In excellent condition.A rare and attractive medal