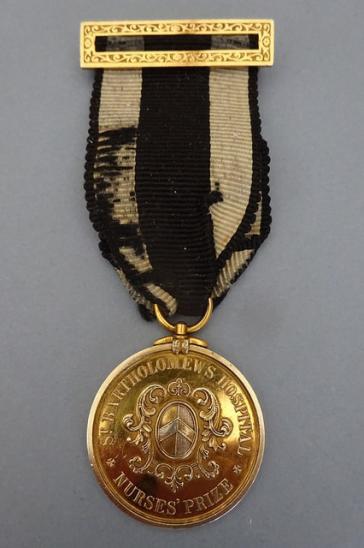 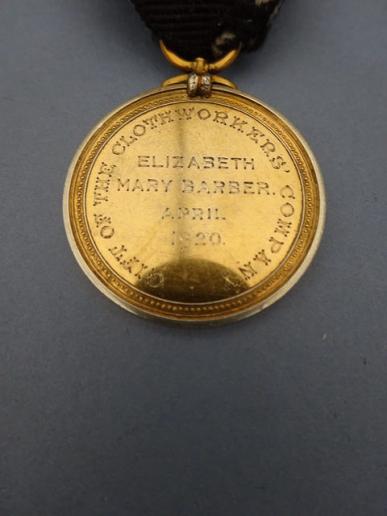 A rare silver gilt nurses prize medal from St Bartholomew's Hospital from 1920.The Hospital was the first in the UK to award a gold prize medal,it being instigated by the Matron Mrs Bedford Fenwick in 1885. Whilst it was originally gold,by the 1920s it was made in silver gilt although this medal is not hallmarked anywhere it has been tested as being silver
The medal ,on a swivel mount ,features the Wakering shield with St Bartholomew's Hospital Nurses Prize to the face.The reverse bears the inscription Gift Of the Clothworkers Company around the edge and the recipient Elizabeth Mary Barber April 1920( E M barber is shown on the GNC register as having gained her certificate from 1917-1920 and was SRN 9463),The medal hangs on an original black and white silk ribbon (rather worn) from a gold coloured pin back suspension bar.Condition overall is fair with surface wear to the gilt finish but still a rare object.