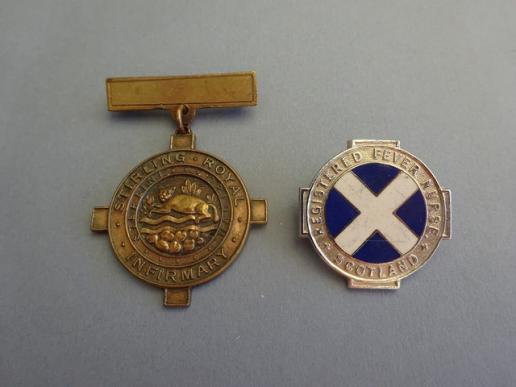 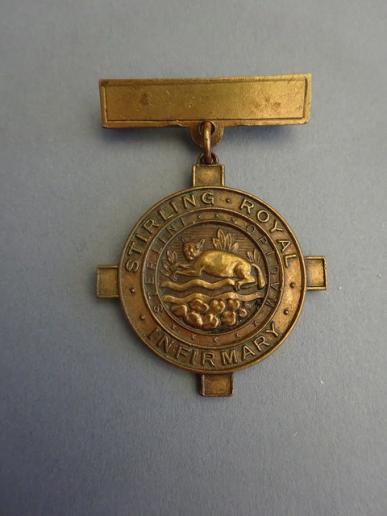 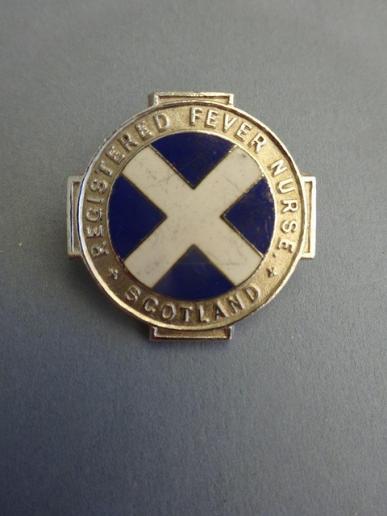 A pair of Scottish Nursing badges awarded to the same nurse.
The first is a brass pendant badge from Stirling Royal Infirmary.This consists of a Greek cross with a superimposed central disc bearing the Wolf on the Crag.The words Stirling Royal Infirmary are around the edge and the motto" Sterlini Opidum,also taken from the seal of the Burgh.Condition is good with pin and clasp intact.Engraved on the rear M.A.Henderson.Height
The second item is a silver and enamel badge for the Scottish Registered Fever Nurse.This bears the saltire and Registered Fever Nurse Scotland around the rim.To the rear it is named for M.A.Henderson E 24080.It bears hallmarks for Brook & Son,Birmingham 1943.
Margaret Arnott Henderson is recorded on the Scottish Register as a General Nurse A 23504 30/11/45 from Sterling Royal Infirmary.Her RFN qualification is recorded from Ruchill Hospital Glasgow on 26/6/43.
it seems that whilst both badges are to this lady we are still potentially missing two more!