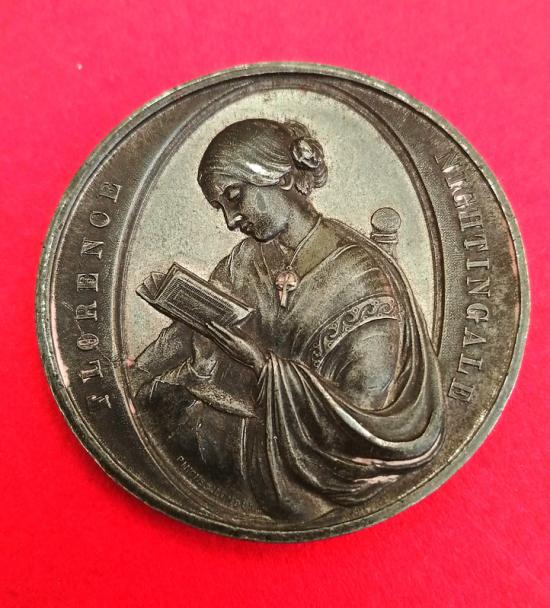 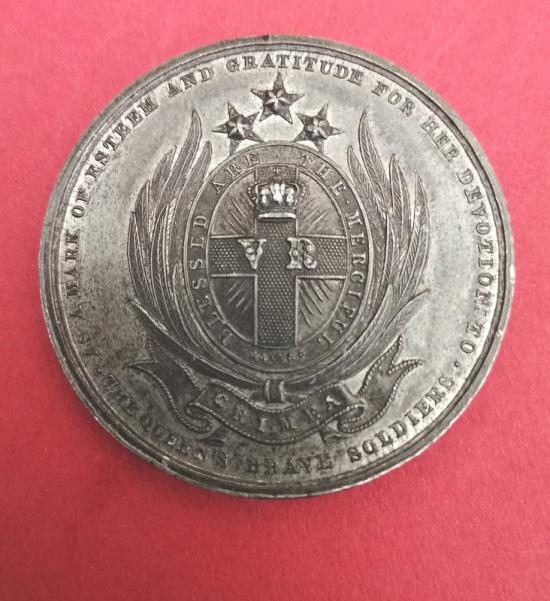 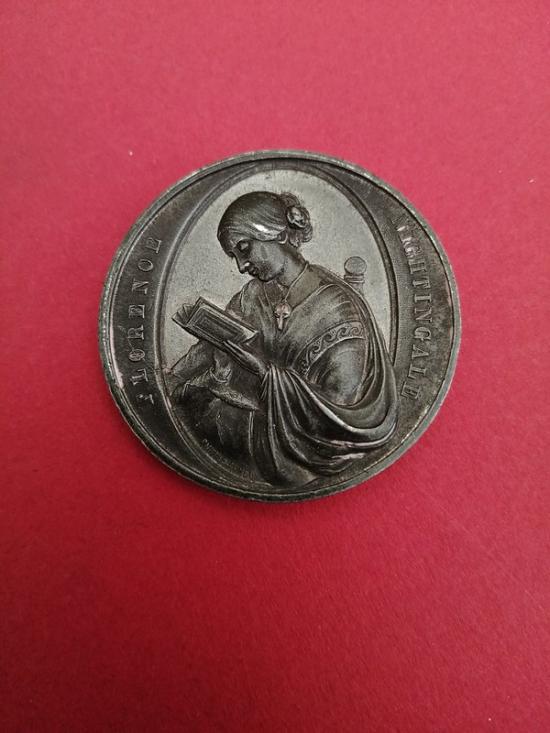 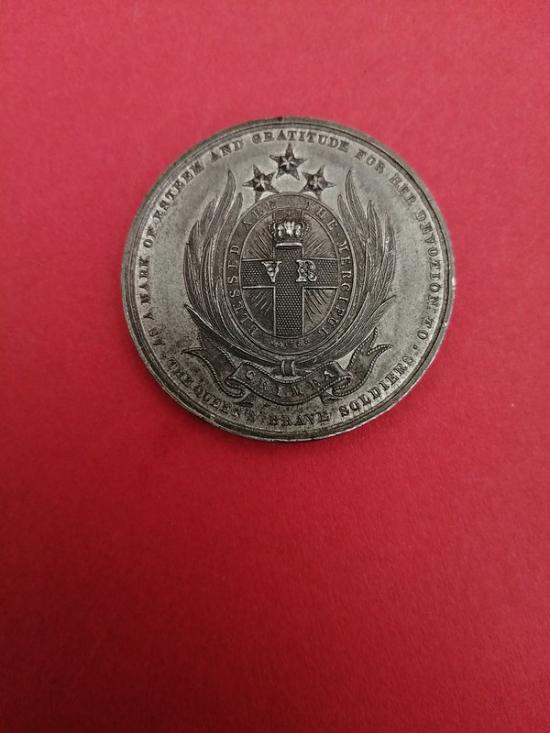 An original base metal medallion ,circa 1856, by John Pinches London.This was produced to celebrate the service of Florence Nightingale during the Crimean war and was one of many similar commemorative wares. The medal bears an image of the young Florence Nightingale reading to one side.To the other side is an image of the Nightingale jewel which was given to her as a gift from Prince Albert and Queen Victoria.Around the edge is As A Mark of Esteem and Gratitude for Her Devotion To The Queen's Brave Soldiers(see;https://collection.nam.ac.uk/detail.php?acc=1963-10-280-1) Height 42mm Condition is generally good for being over 160 years old.Some minor wear to the hairline and gown of FN. The nicest one of these I have seen for quite a while and becoming increasingly scarce.