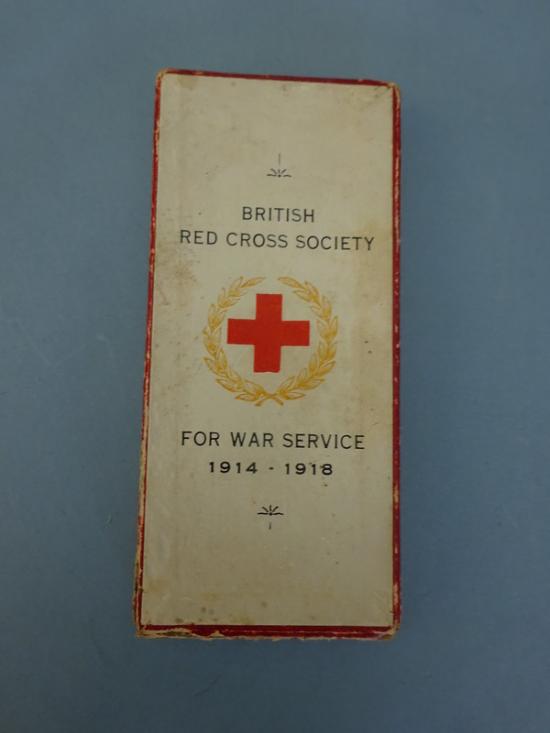 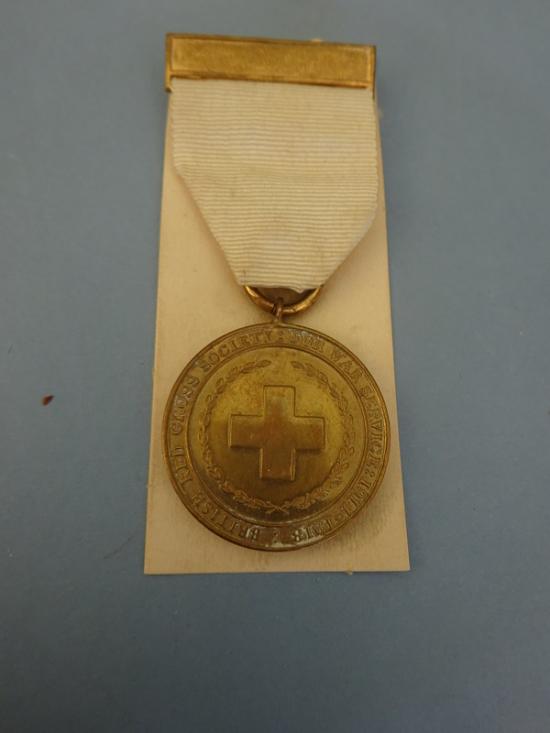 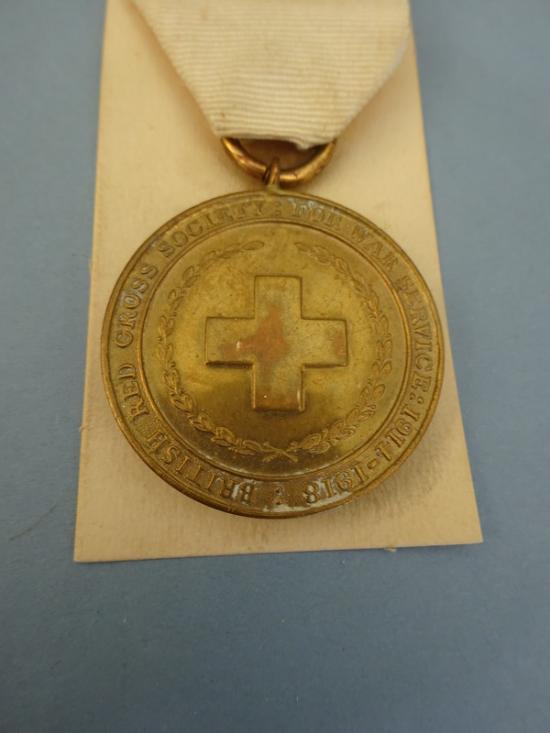 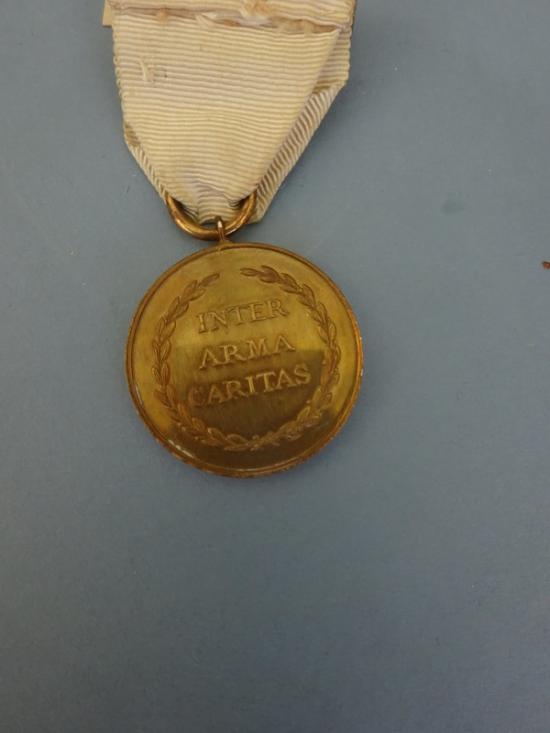 This medal was awarded to members of the British Red Cross or its voluntary aid detachments who served in the UK between 4 August 1914 and 31 December 1919. Those who were eligible had to undertake at least 1,000 hours of unpaid service, or be ambulance drivers and bearers who gave 500 hours unpaid service. Between 41,000 and 42,000 medals were awarded.
The bronze medal features a Greek cross within a Laurel wreath.The rear bears the latin motto Inter Arma Caritas- Mercy Between Armies also within a laurel wreath.The medal is suspended from a plain white ribbon in clean condition.As with the majority of these medals it is unnamed to the rim.Height 32mm
This one is still in its original cardboard box of issue which has some signs of damage but i generally good.