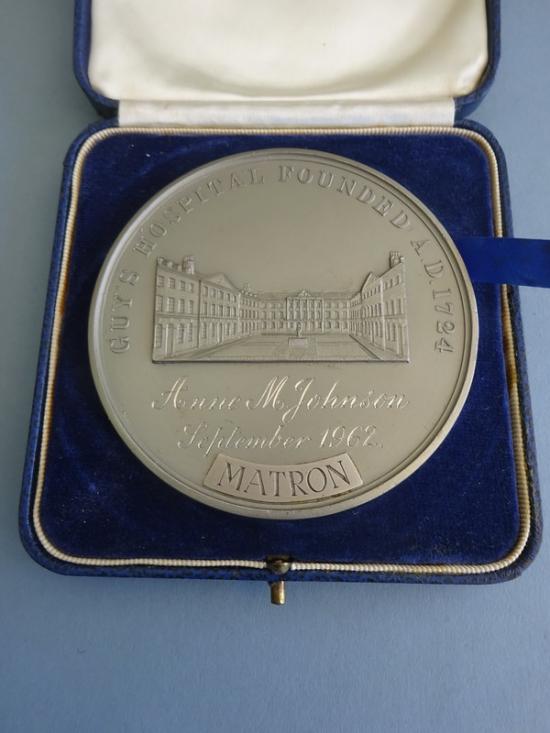 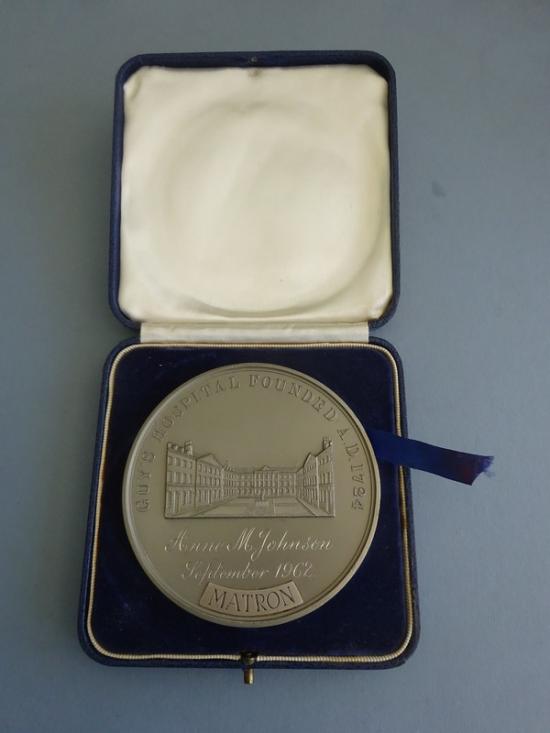 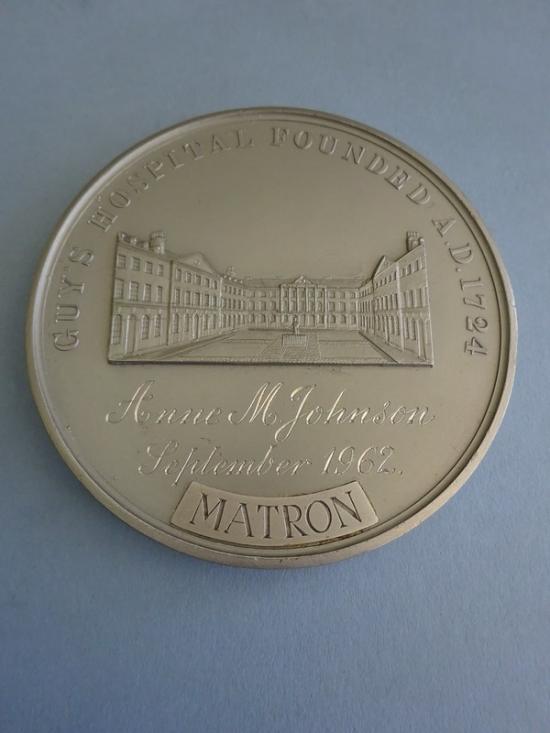 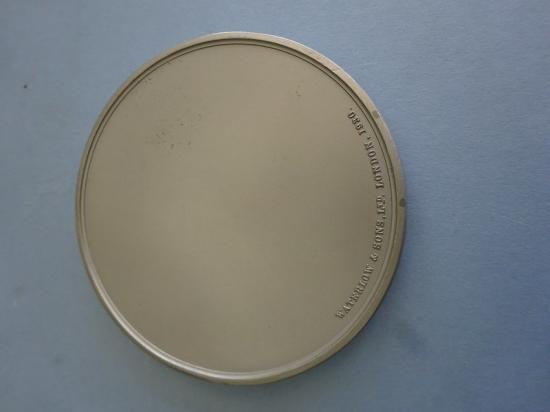 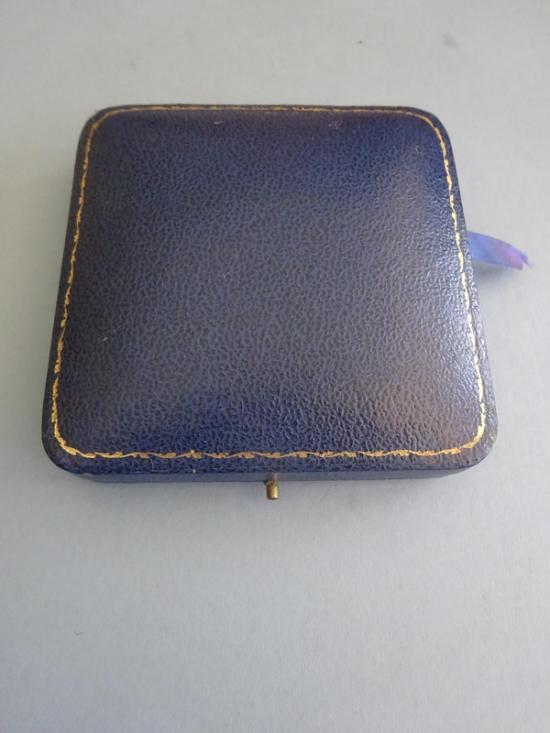 An extremely Rare Long Service Medal for Guy's Hospital London awarded to a Hospital Matron.
Known affectionately as the Tea Pot Stand due to it's large size.It is based upon an original silver badge worn by Nursing Sisters at Guy's in the early 19th Century.This replica was usually awarded to Sisters in the 20th century after they had successfully served three years but this one is denoted for a Maton
The large and heavy Pewter coloured disc depicts the forecourt of the hospital, below which is inscribed Anne M Johnson Matron ( This ) Around the edge is Guy's Hospital Founded AD 1724 and Sister .The reverse side of the medal is plain except for the makers mark for Waterlow & Sons,Ltd London 1930.The medal is in its original silk and velvet lined case which is showing some wear to the silk in places and scuffing to the exterior.The medal is in a good condition as pictured. Height of medal 83mm A heavy and impressive piece