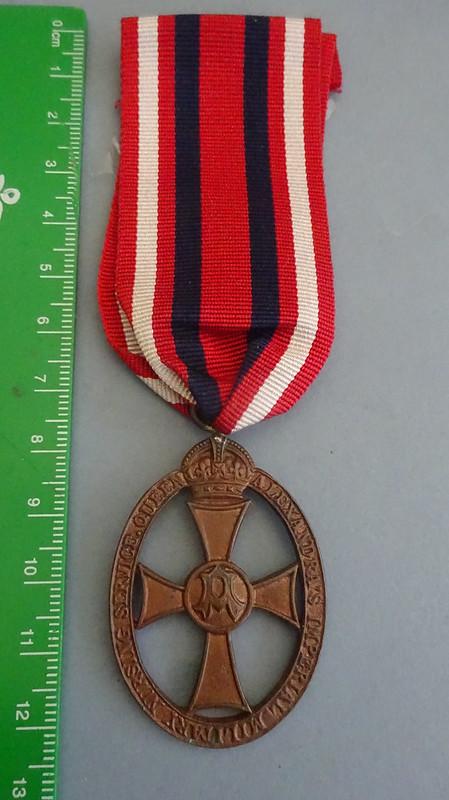 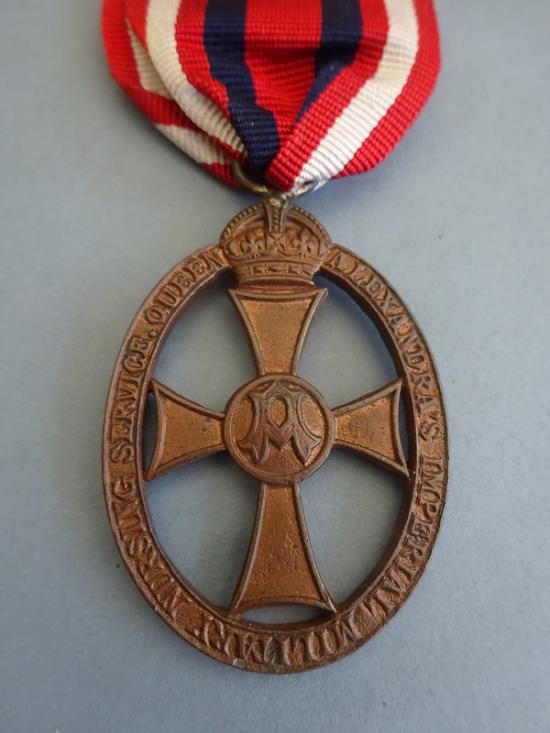 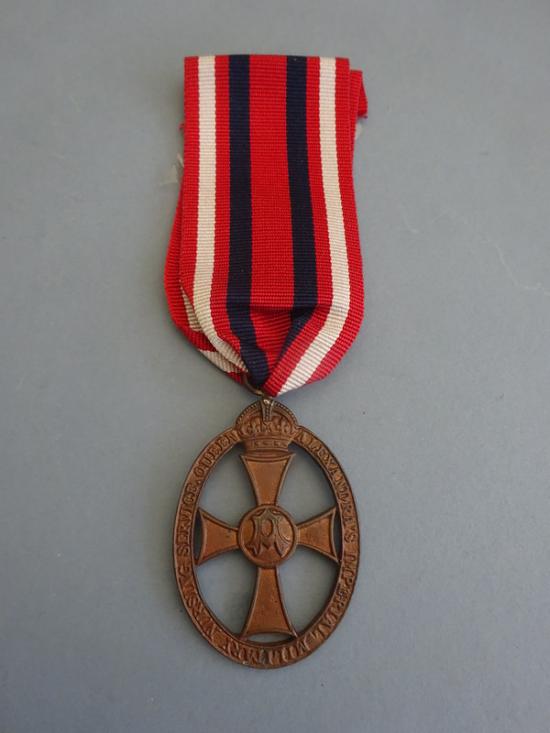 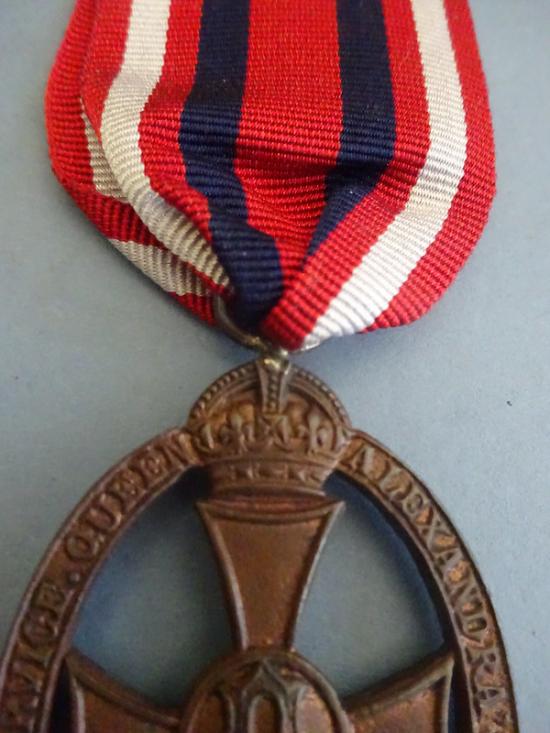 A scarce bronze tippet/cape medal for the Queen Alexandra's Imperial Military Nursing Service,the forerunner of todays QARANC.
The open work design features the Danish Dannebrog cross with an A for Alexandra in the centre.Around the edge is the title.This is topped by the Imperial Crown which is suspended from an red,white and blue silk ribbon.
This pattern of badge was in use from 1902 until 1949, issued in silver for Sisters.The rarer bronze version was,I believe, for Senior Nurses and male staff attached to QAIMNS
In good clean condition .Unmarked to rear .Height of medal 49mm.