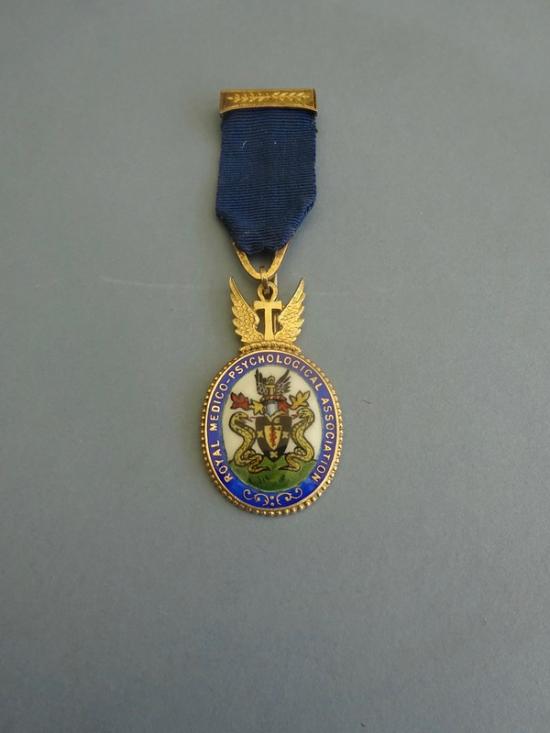 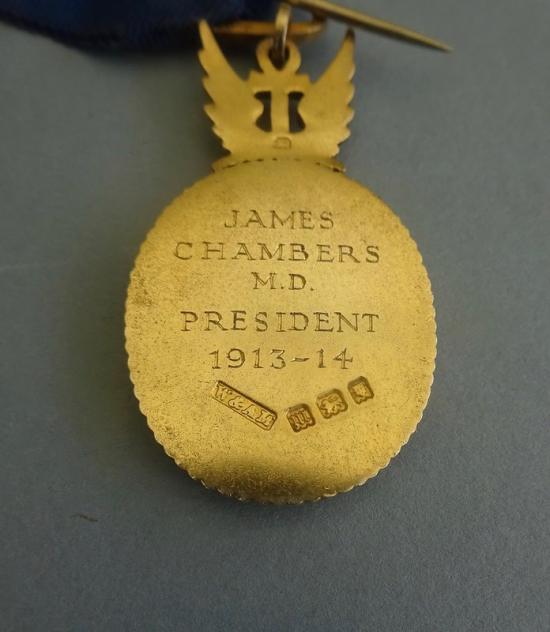 A Rare silver gilt medal issued by the Royal Medico Psychological Association, later to become the Royal College of Psychiatrists. The MPA gained its Royal Charter and coat of arms in 1926 and this medal features those arms in enamel. It appears that these were issued to those past presidents still alive in 1927.Drop with ribbon 85mm height to suspension ring 43mm
This one being named to James Chambers MD, who had been the president from 1913 to 1914 .An Ulster man he qualified in Medicine in 1882 before transferring to Psychiatry, becoming the medical directory of the Priory Roehampton in 1891 and spending his career there, dying in 1938. The medal bears hallmarks for W&AM London 1927.good overall condition with stick pin fixing and original silk ribbon.