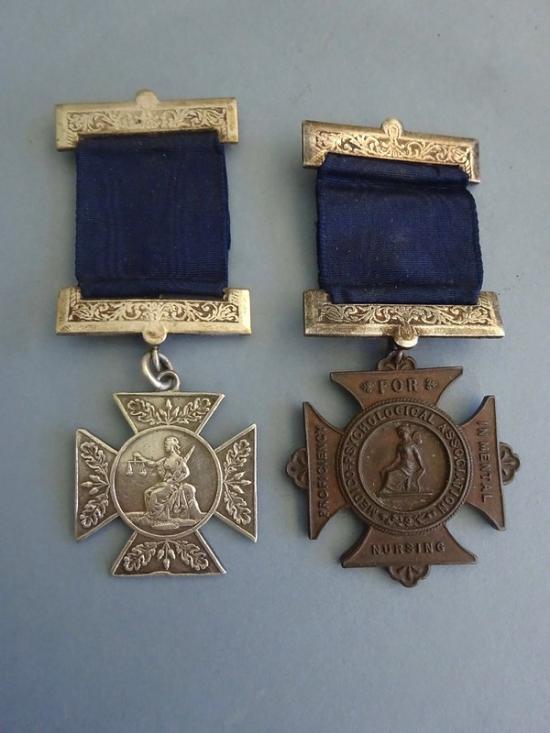 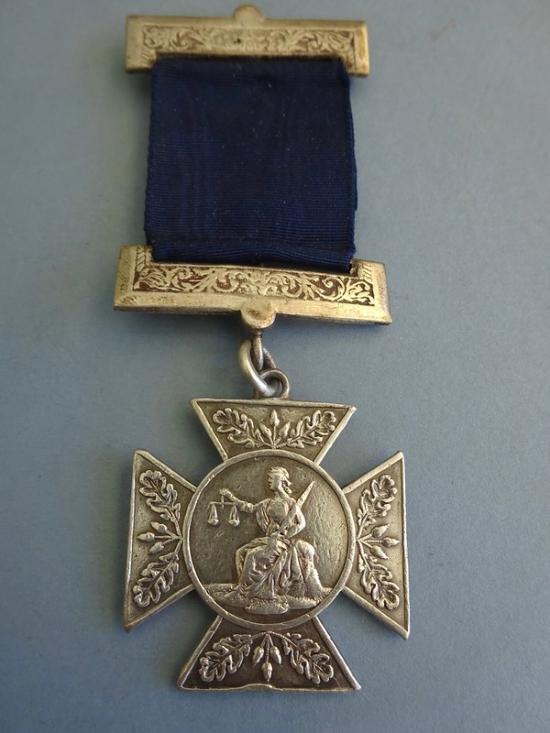 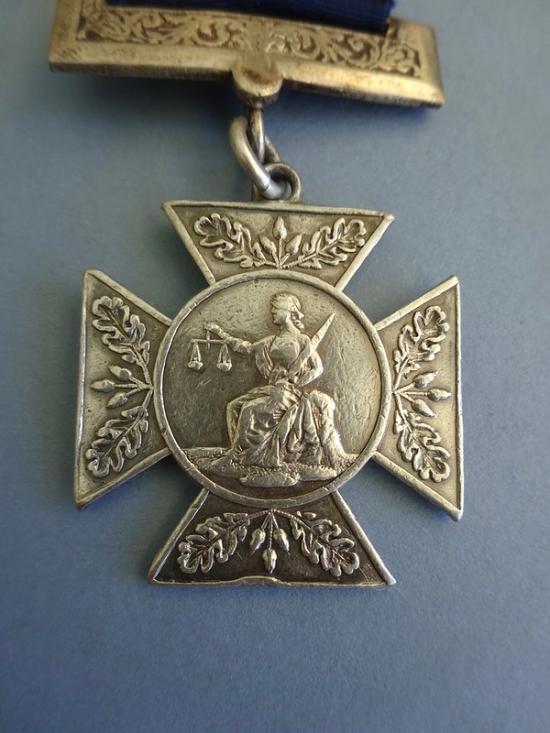 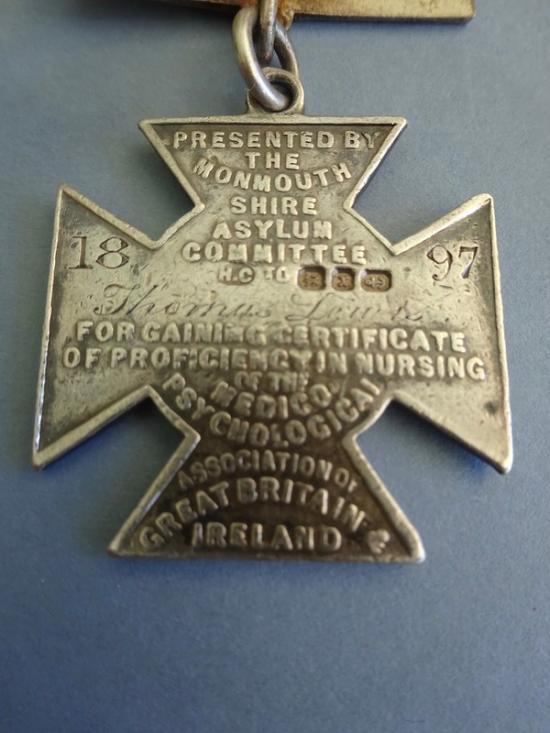 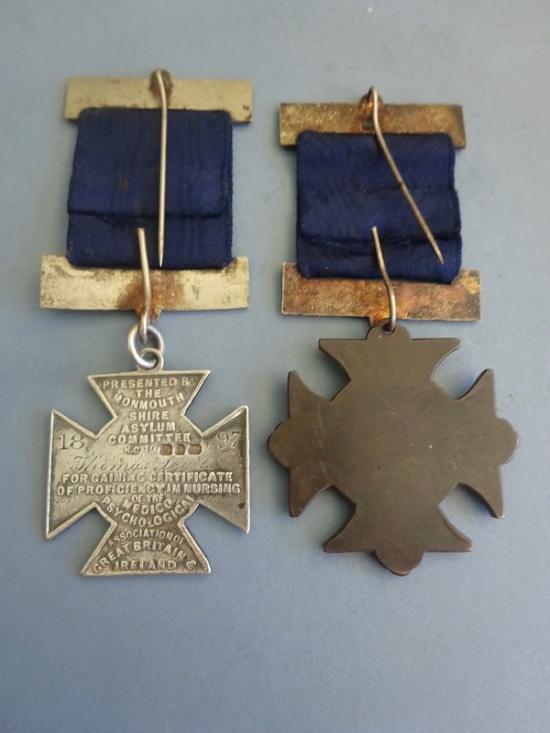 A rare pair of badges for Mental Nurse Training in the 19th Century.
The first is a silver prize medal presented by the Monmouthshire Asylum Committee to Thomas Lewis for gaining the certificate of Proficiency in Nursing of the Medico-Psychological Association of Great Britain & Ireland.It takes the form of a Maltese cross with oak leaf garlands and acorns to the arms and a central motif of a blindfolded Lady Justice.
This is dated 1897 and bears hallmarks for HC(Henry Cook) Birmingham 1897.The medal has considerable surface wear but retains its original silk ribbon and stick pin suspension
The second item is the matching bronze medal from the medico Psychological Association bearing the figure of Psyche.Unusually this is not named but has the same mounts, ribbon and pin fixing as the first badge and has the same provenance.
The Monmouthshire Asylum was located at Abergavenny in Wales ,later being renamed Pen-Y-Fal, and finally closing in 1997.A Nice early example of Mental Nurse training