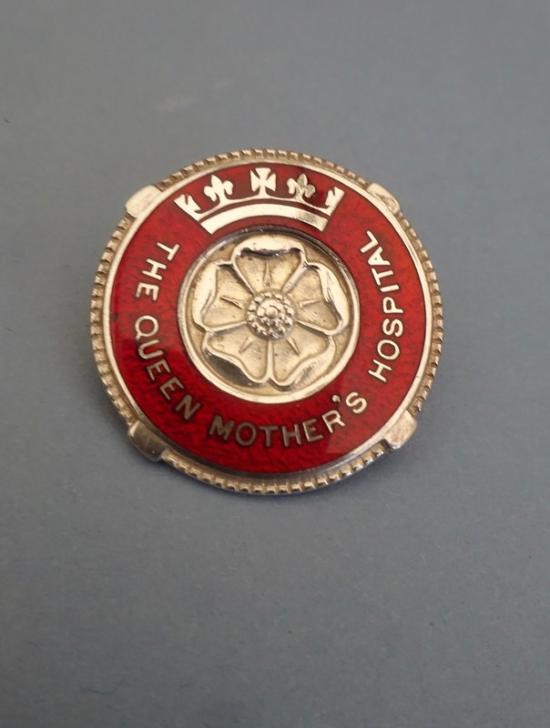 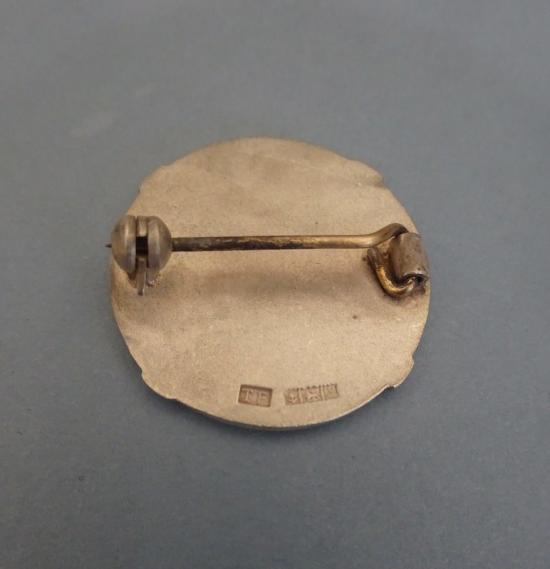 A silver and enamel badge for the Queen Mother's Hospital in Glasgow. The training School started in March 1964 and the first badges were awarded in February 1965.The badge was designed by senior midwives and obstetricians at the Hospital.The central design features a White Rose of York,in honour of the Queen Mother who had been the Dutchess of York. The coronet signifies Royal patronage and the four points of the St Andrew's cross can be seen to represent Scotland's patron saint.In very good condition with pin clasp and safety roller catch all in good order.Silver hallmarks for TF Thomas Fattorini,Birmingham 1967 height 26mm