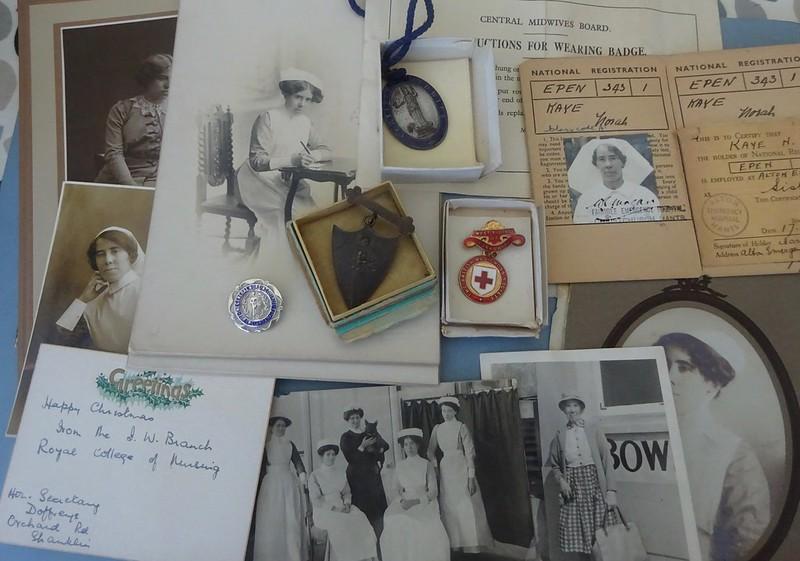 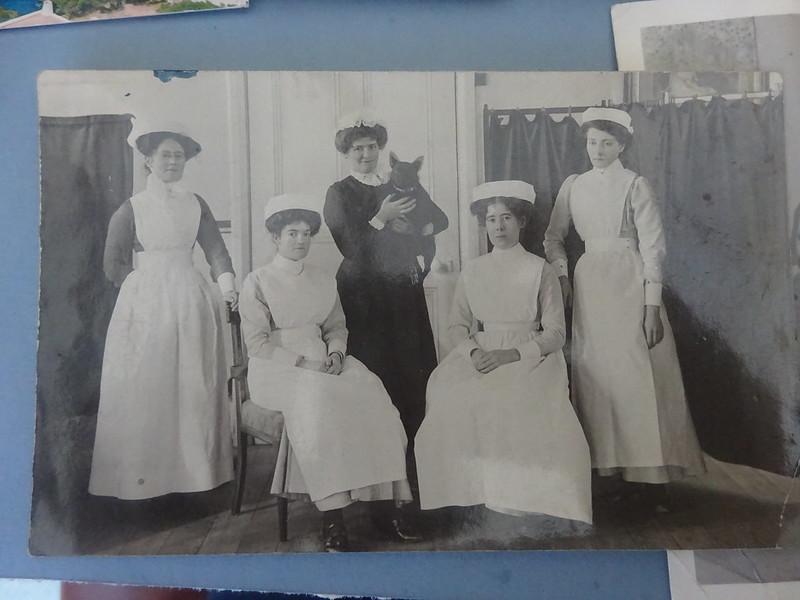 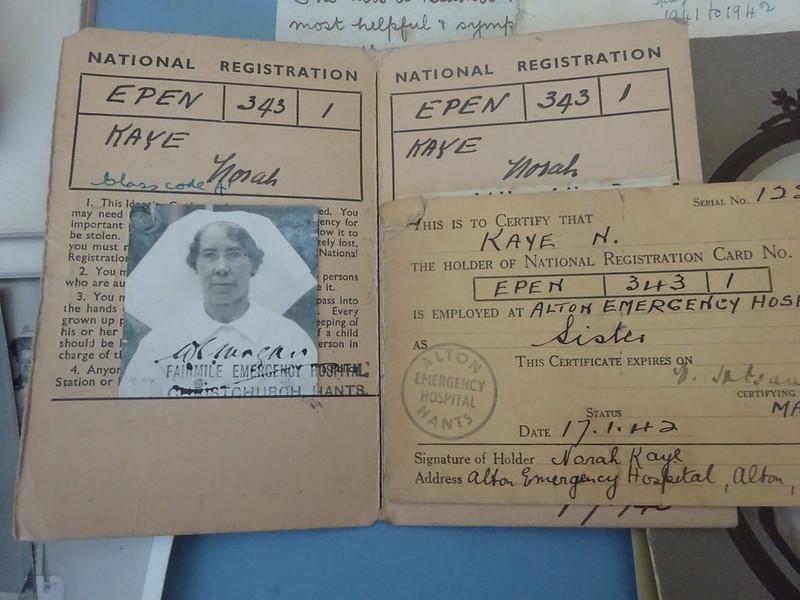 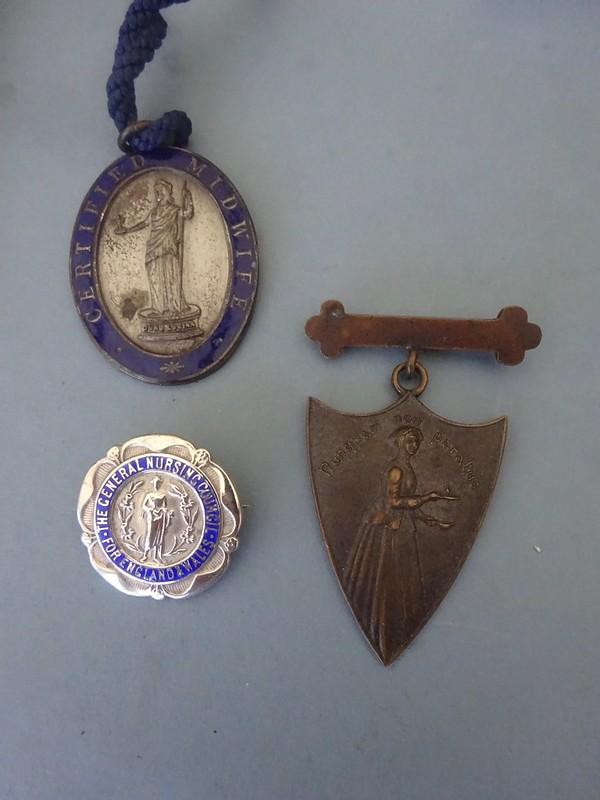 A set of badges and documents relating to the Nursing & Midwifery career of Nora Kaye.Born in Rotherham in 1886, the 9th of 11 children, she appears to have started her career training at the Johnson Hospital Spalding from 1909-1911. She went on to train in Midwifery registering on 28/04/1914, probably in Sheffield. She registered with the General Nursing Council as SRN 27198 on 18.1.24 and can later be found in Jersey in 1920, Navenby Lincolnshire in 1926,Yarmouth on the Isle of Wight in 1931 and then Ventnor in 1935. By 1940 she was at Fairmile Emergency Hospital at Christchurch Hampshire and then Alton Emergency Hospital by 1942 before returning to the Isle of Wight where she eventually retired and eventually passed away aged 95 in 1980.
The badges consist of a silver GNC badge named to N Kaye 1924.A midwifery SCM badge with neck chord also named for N Kaye 28.4.1914.The third item is a "Nunquam Non Paratus" badge which features an Image of Florence Nightingale. The badges were privately purchased to designate nurse training for those institutions which did not award a badge themselves.This is engraved for N Kaye Johnson Hospital Spalding Lincolnshire and CMB London.Makers mark for G Kenning & Son London.
Lastly is a British Red Cross society county badge for the West Riding of Yorkshire.
This is accompanied by a small number of photographs and paperwork relating to Nora and her nursing career .