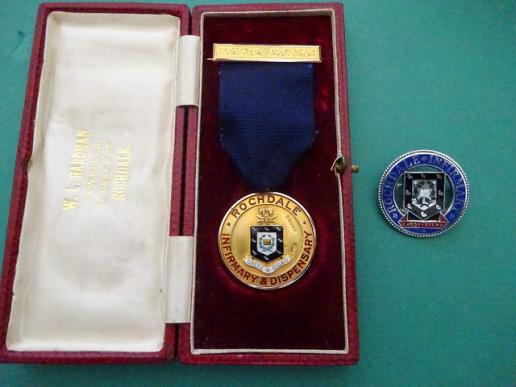 A Matched pair of badges /medals to the same nurse.The first item is a 9 carat gold Prize medal from the Rochdale Infirmary & Dispensary.In its own original wood and leather fitted presentation case with silk lining from W.L.Hardman Jeweller 48 Drake street Rochdale.The medal is suspended on a blue silk ribbon from an ornate pin back bar brooch.The medal bears an enamelled shield with the boro... read more 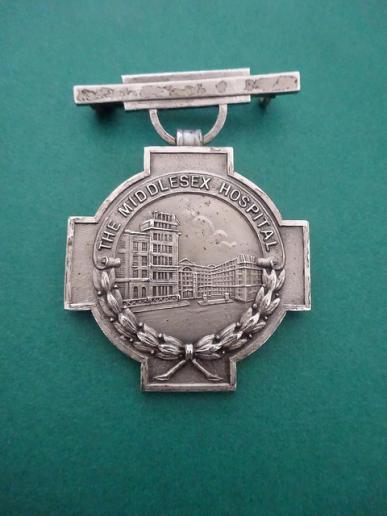 A Lovely Silver pendant badge for the Middlesex Hospital,now sadly closed down.I understand that this was awarded for 5 years service as a Sister.The design portrays the hospital itself above a laurel wreathe imposed upon a cross.This is suspended from an art deco styled suspension bar.In very good overall condition,however the matt finish has worn through in places pin and safety catch good .... read more 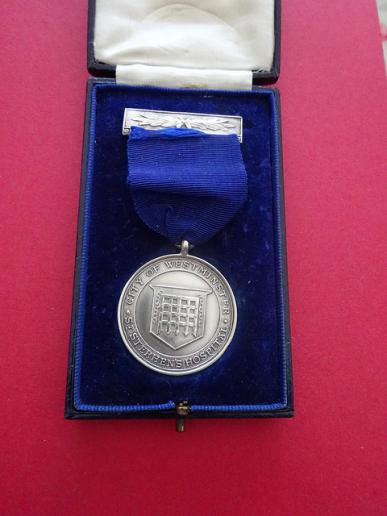 A rare Nurses Prize meal for St Stephen's Hospital,Chelsea.
Previously the Fulham Road Infirmary it had changed it's name to St Stephen's Hospital around 1925.The site is now occupied by the Chelsea & Westminster Hospital.This prize medal dates to 1929 just prior to the Hospital being taken under the control of the London County Council.
The silver medal bears the portcullis emble... read more

A Rare Long Service Medal for a serving Sister at Guy's Hospital London.Known affectionately as the Tea Pot Stand due to it's large size.It is based upon an original silver badge worn by Nursing Sisters at Guy's in the early 19th Century.This replica was awarded to Sisters in the 20th century after they had successfully served three years.
The large and heavy Pewter coloured disc depicts... read more 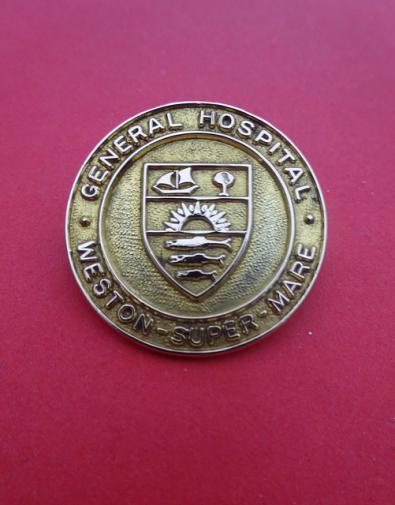 A rare Gold prize medal for Western Super Mare General Hospital from the early years of the NHS.It is a gold version of the standard school of Nursing badge of the time,bearing the crest of WSM. Very good condition with pin,clasp and safety catch all good.Named to M H Hope 1949. Gold hallmarks for TJS( Thomas James Skelton) Chester 1948. 7.5gms read more 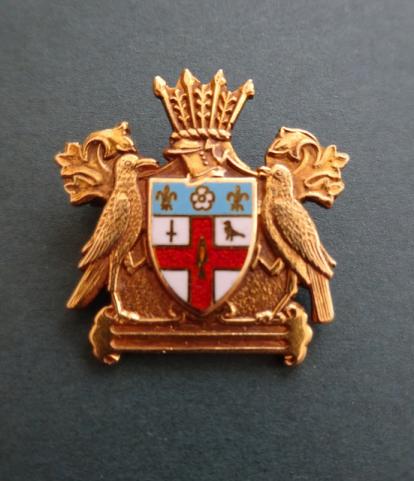 A beautiful Gold and enamel badge featuring the crest of St Thomas' Hospital London.I understand that this was awarded to staff for over 25 years service within the Hospital.The design is the crest of the hospital.
The Nightingale bird on the right is in memory of the great nurse.
The Becket bird on the left and in the second quarter of the shield represents St. Thomas a Becket f... read more 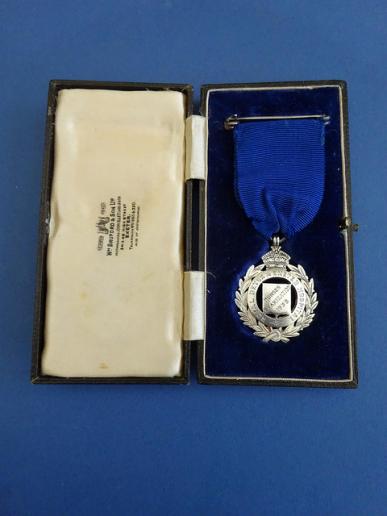 A rather splendid and rare Silver Nurses Prize Medal from the Royal Devon and Exeter Hospital dating to the 1930s. In it's original wooden presentation case,it looks as though it has hardly ever been worn.
The medal consists of a circle of Laurel leaves within which is a shield in a voided centre inscribed Nurses Examination 1933.this is surrounded by a band bearing the title Royal Devon... read more 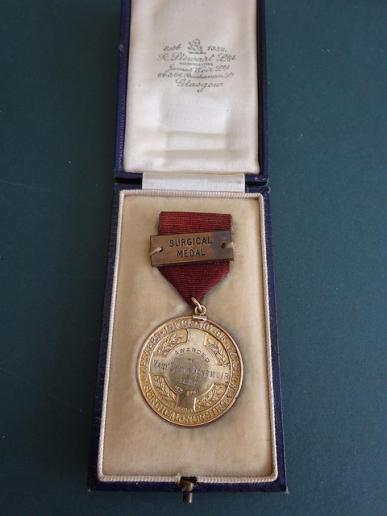 A cased gold nurses prize medal,one of two awarded to the same nurse from the Glasgow Western Infirmary in 1932.This one is for the Surgical Prize being the Doctor John Morton medal.The medal is suspended from it's original silk ribbon with pin back brooch fitting.To this is sewn a small metal plaque denoting Surgical Medal.The face of the medal bears a cross inscribed Awarded to Mary Ewing Du... read more 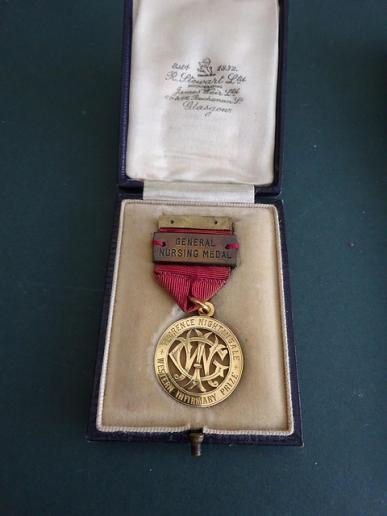 A cased gold nurses prize medal,one of two awarded to the same nurse from the Glasgow Western Infirmary in 1932.This one is for the General Nursing Medal being the Florence Nightingale Prize.The medal is suspended from it's original silk ribbon with pin back brooch fitting.To this is sewn a small metal plaque denoting General Nursing medal.The medal itself consists of a central motif of the ini... read more 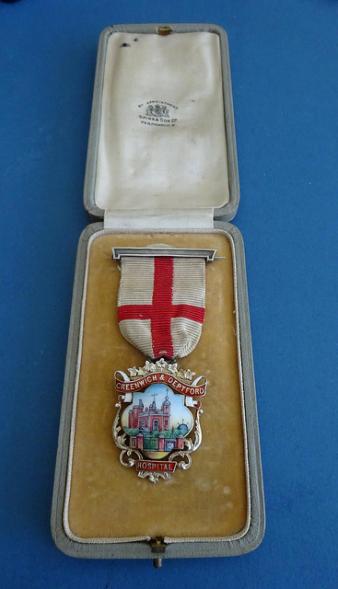 One of the favourite items in my collection,this superb silver gilt and enamel nurses Prize medal is simply stunning.Originally the Greenwich Union Infirmary,it was transferred to the LCC in 1929 when it was officially renamed the Greenwich & Deptford Hospital.It was however later renamed in 1931 as St Alfege's Hospital,so this medal would only have been awarded for a very short period.
... read more