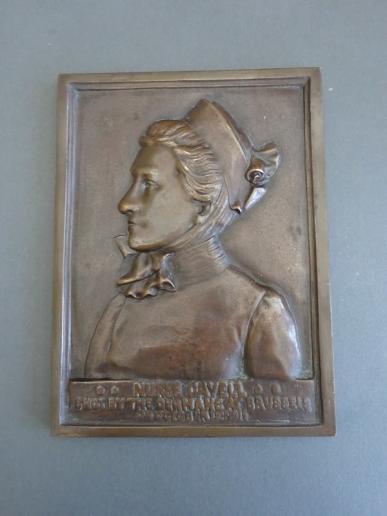 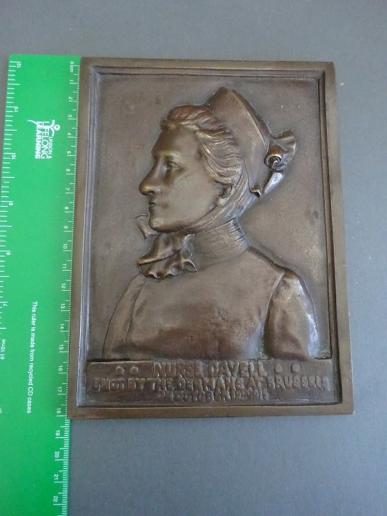 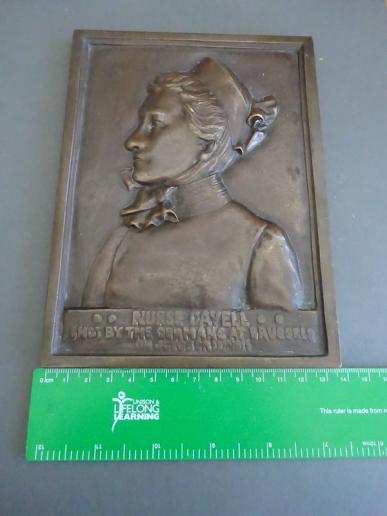 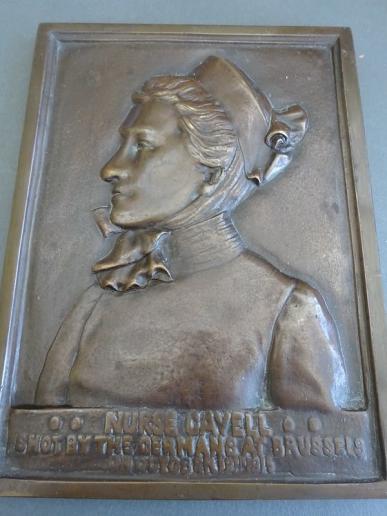 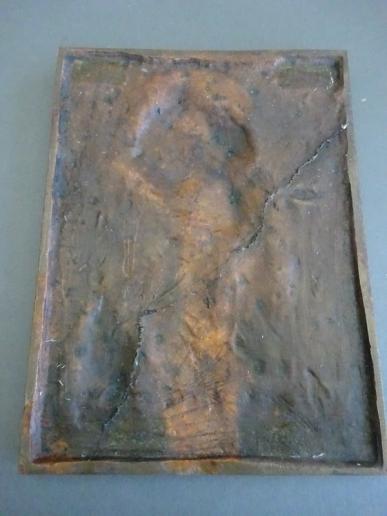 An Original Commemorative Bronze Plaque for Edith Cavell,the British nurse who was shot in Belgium in 1915.The plaque measures 135mm by 185mm and is heavy weighing in at nearly 1kg.It features an image of Miss Cavell in uniform,beneath which it reads;Nurse Cavell Shot by the Germans at Brussels on October 12th 1915.This is one of a number of commemorative souvenirs which were produced at the time to celebrate this brave Norfolk nurse who trained at the London Hospital before setting up her Nursing School in Belgium. The plaque is in good condition with it's original patina and only very minor surface wear