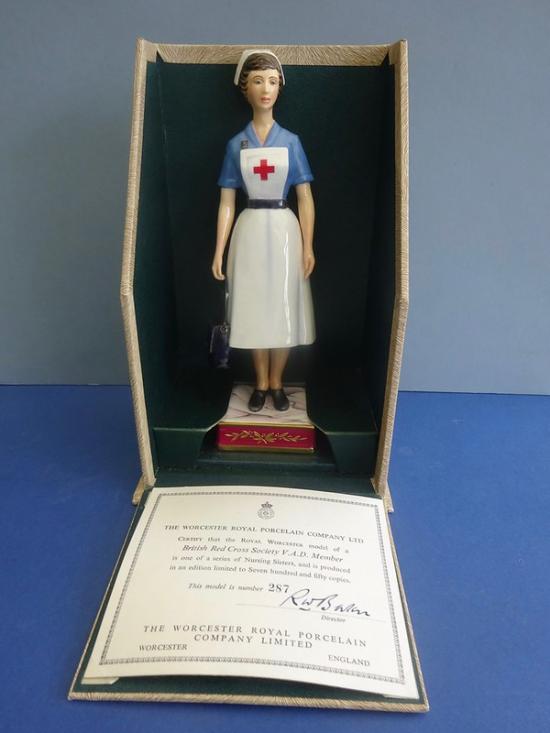 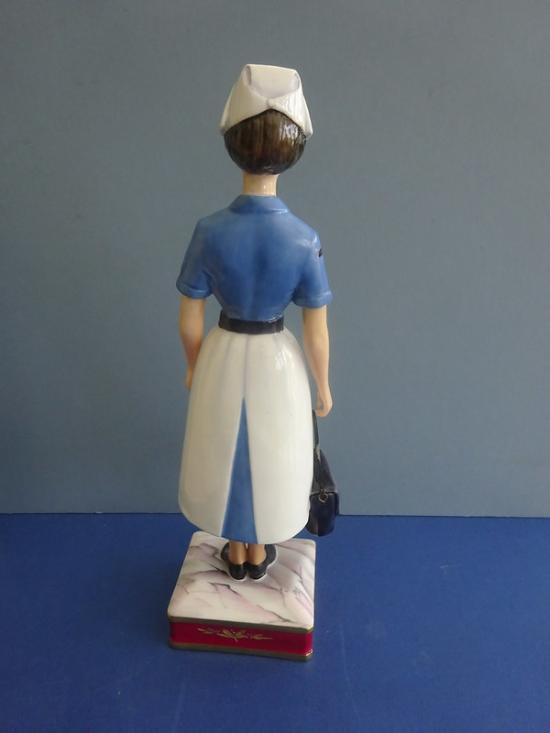 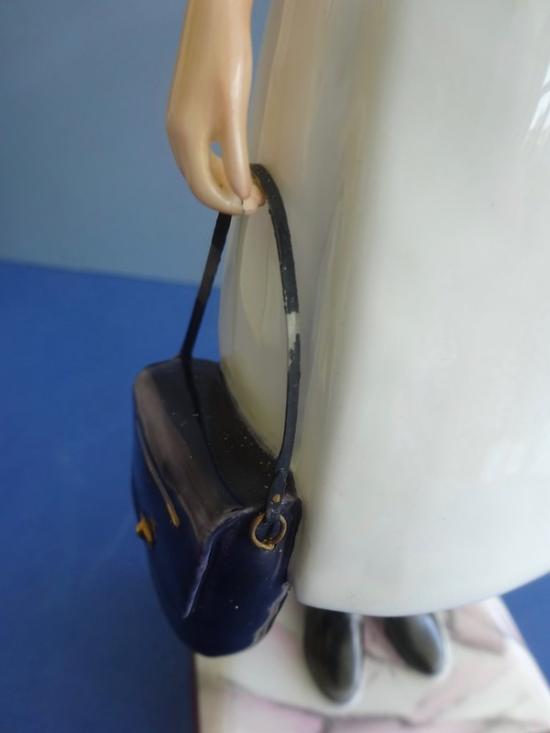 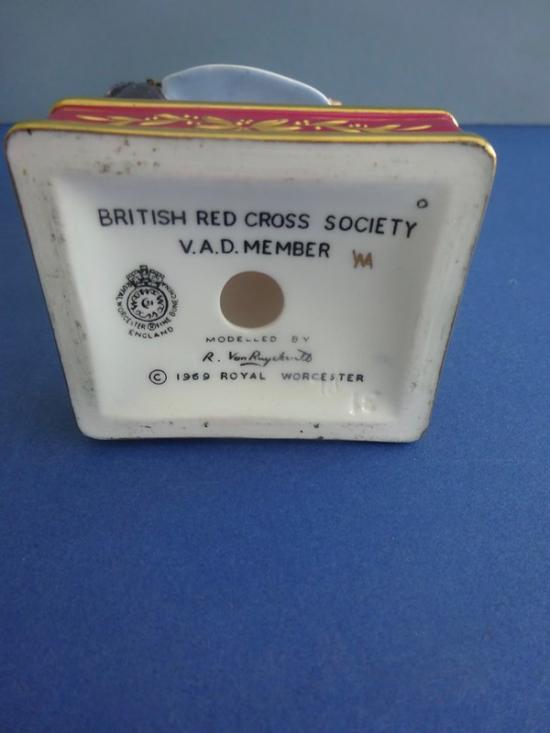 One of a series of four Limited edition figurines of Nursing Sisters,produced by the Royal Worcester Factory in the 1960s.Modelled by Ruth and Raymond Van Ruyckevelt in editions of 750 they are now eagerly sought by collectors.This figure is the fourth in the series produced in 1969,the Nursing Sister of the Voluntary Aid Detatchment.
The Figure is set on a small plinth and stands approximately 220mm tall.She wears a light blue dress with badges over which is her white apron with Red Cross and belt.She wears a white cap ,also with a red cross to the front.She is carrying a small medical bag.Condition is very good with no chips,cracks or flaws.It is marked to to the base as pictured.It is minus it's box and certificate but still a scarce object.Please contact me if you require any further information.
Please Note; This is part of a large ceramics lot I have purchased at auction and which I am offering at reasonable prices in an increasingly popular collecting trend.