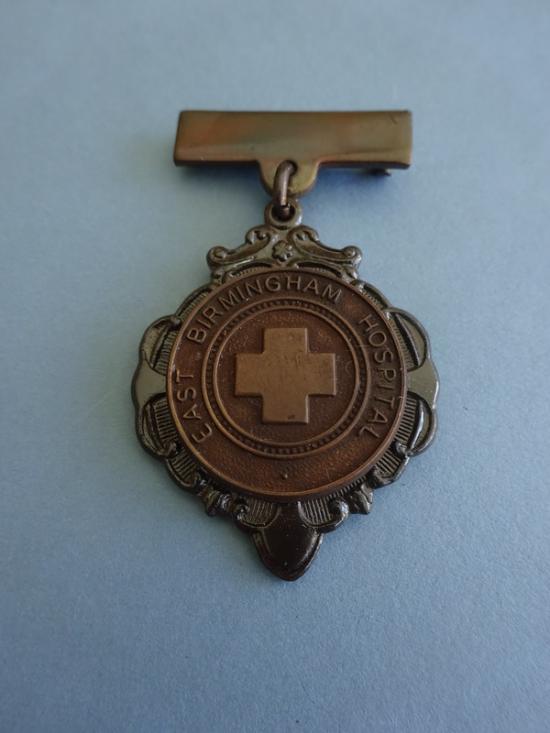 A Bronze Nurses pendant badge from the East Birmingham Hospital.I believe this may be a prize medal of the design in item 53150,possibly for Enrolled Nurse Training. In excellent unissued condition.Pin and clasp good. Unnamed to rear Height 55mm read more 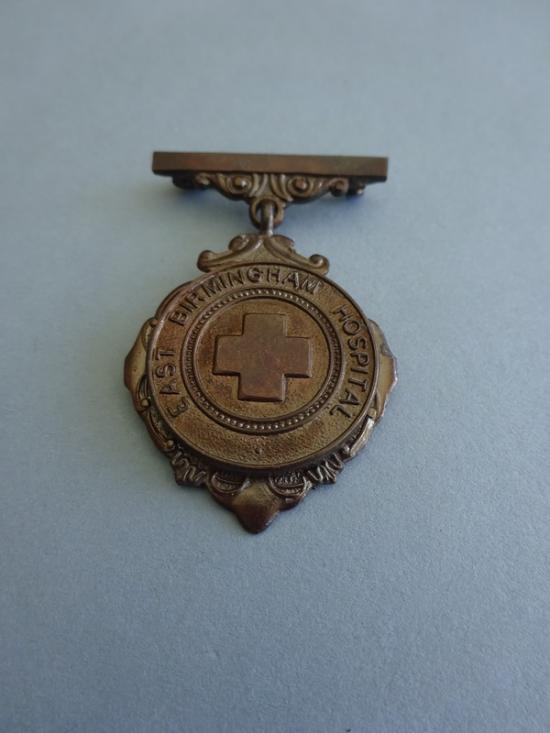 A Bronze Nurses pendant badge from the East Birmingham Hospital.I believe this may be a prize medal of the design in item 53150,possibly for Enrolled Nurse Training. In excellent unissued condition.Pin and clasp good. Named for Carol Barley 1982 Height 47mm read more 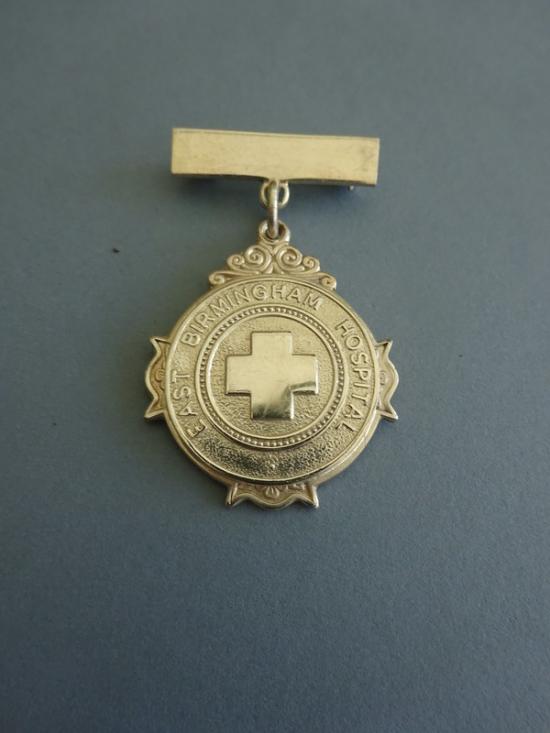 A silver Nurses pendant badge from the East Birmingham Hospital.I believe this may be a prize medal of the design in item 53150. In excellent unissued condition.Pin and clasp good.Hallmarks for TJS Birmingham 1985.Height 46mm read more 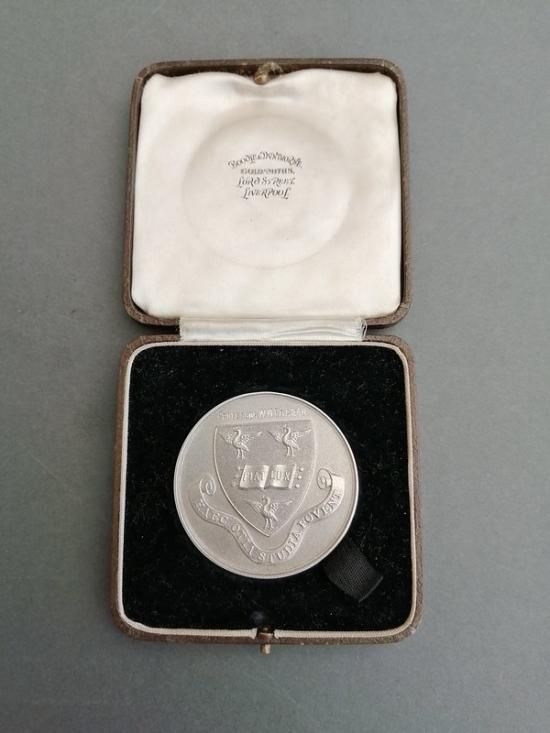 A superb Silver prize medal awarded by the Medical Faculty of the University College Liverpool. To ne side is the crest of the University featuring three Liver birds around an open book.Engraved above this is Professor W M Frazer.To the reverse are the Universty buildings ,above which is engraved Howard Stuart Leslie Young.Below this is Public Health 1941. Silver hallmarks for B&D Birmingham 19... read more 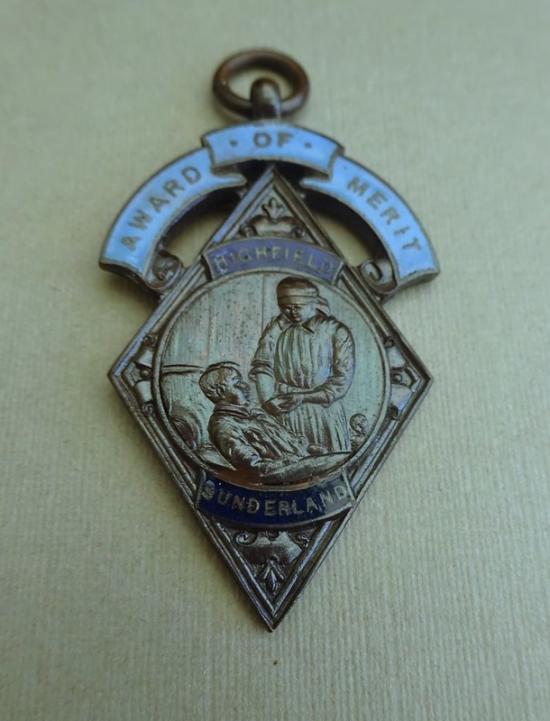 A bronze and enamel fob medal/badge for the Highfield Institution and Municipal Hospital Sunderland.Originally the Workhouse Infirmary it came under the control of Sunderland Council in 1930 and was renamed.It was later to become the Sunderland Royal Infirmary.
This lozenge shaped badge depicts a nurse in 1920s uniform tending a patient,Highfield Sunderland appears on a blue band above ... read more 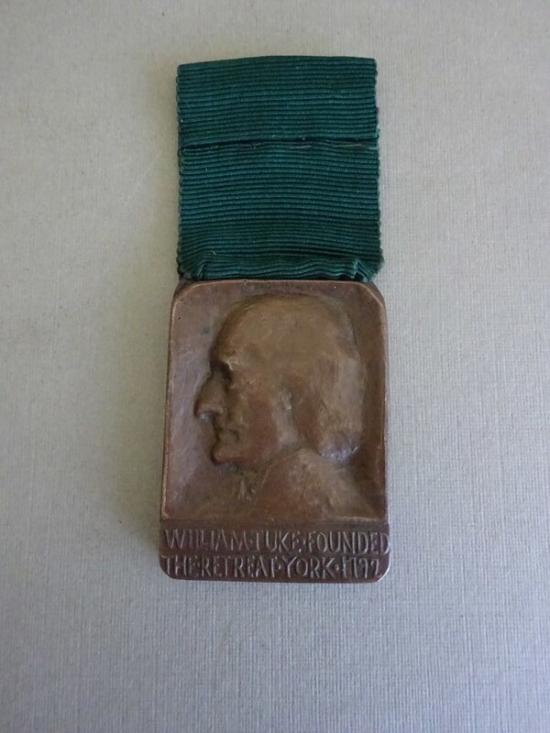 A large and impressive bronze medal for Proficiency in Mental Nursing, from the Retreat Hospital in York.This was founded by William Tuke, in 1796 as a private Asylum for Quakers and went on to pioneer many innovative treatments for mental illness.
See;https://www.revolvy.com/page/William-Tuke
Measuring 47mm by 33mm,the medal face bears an image of William Tuke,Founded the Retreat... read more 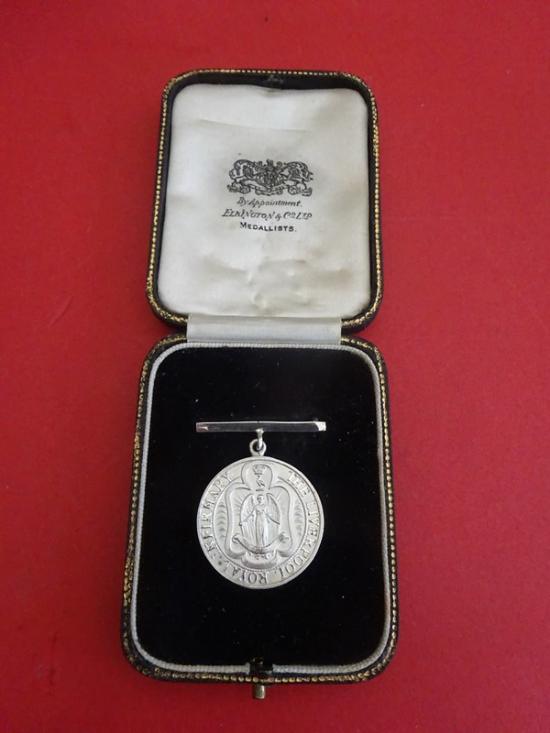 A scarce cased silver nurses prize medal from the Liverpool Royal Infirmary. A plain pin back suspension bar hangs a medal on which a central angel stands below the Liver Bird ,which is topped by a crown.Liverpool Royal Infirmary appears around the edge.The rear is inscribed M E Entwistle May 1955.Hallmarks for Elkington & co, birmingham 1953.Height 53mm In its original fitted case with velvet ... read more 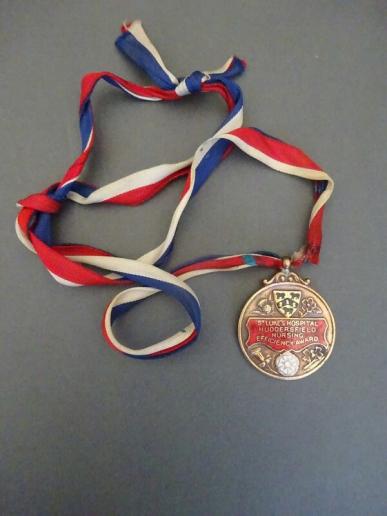 A brass and enamel fob type medal awarded by St Lukes Hospital Huddersfield.This may have part of a medal or pendant badge but it appears to have been separated and has been mounted on rather distressed red white and blue ribbon(of some age) .The medal bears the Huddersfield coat of arms to the top, above a white rose of Yorkshire with the Thistle ,Rose,Shamrock and Daffodil of the four natio... read more 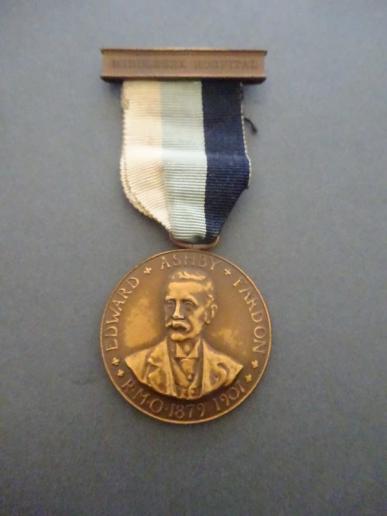 A scarce Nurses prize medal from the Middlesex Hospital.The medal bears the name of Edward Ashby Fardon, a previous Resident Medical Officer at the hospital.The medal bears an image of the doctor with Edward Ashby Fardon RMO 1879 1907 around the edge.This is suspended from a rather grubby but original silk ribbon in white, pale blue and navy blue.It hangs from a bronze pin back bar brooch with... read more A rare bronze Nurses Third prize medal awarded by the Metropolitan Asylums Board .The medal is suspended from a bronze bar brooch on an original blue silk ribbon The face bears the arms of the MAB which had been granted in 1914.
The shield featured a red cross on white: St George's Cross but also the "red cross" of medicine and ambulance work. On this was placed a golden staff of Aescula... read more